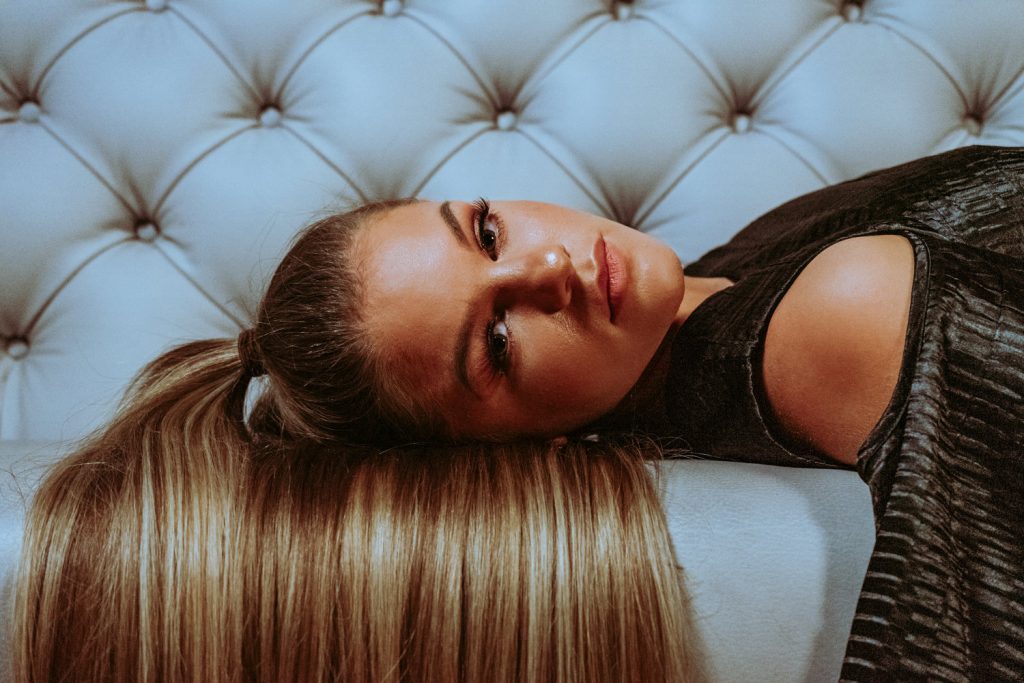 LAYLA had a fantastic 2019, releasing her debut ‘Top Of The Morning’ and her follow up ‘Pina Colada’ which both hit way over 250,000 streams collectively on Youtube and Spotify. Also appearing in over 800 Spotify playlists inc Pop For Hours, Sonic Sounds, Spotify’s Discover Weekly, Summer Waves and many others! Joe Lenzi  from ‘Sigma’ (sold over 2m records) described TOTM as ‘awesome’ and LAYLA as ‘very talented.’
LAYLA brings in 2020 with the soulful, piano ballad ‘Forgive To Live’ which reminds us the importance of leaving the past where it belongs and forgiving the people that have hurt us. Her inspiration for the song came from forgiving the bullies that made her life unbearable when she embarked on her career in singing.
Her EP track, ‘Got Your Number’ shows LAYLA’s impressive pop vocal range, ‘Feels Right’ is an upbeat, catchy song, layered with pop vocals coupled with the tropical vibe. ‘Strange Master’ keeps in with dance/pop vibe of LAYLA’s style with the anthemic chorus, ‘It’s like I’m falling for a stranger’ which will leave you singing the chorus for days!
Multi-platinum producer, ‘Darren Martyn’ who is responsible for hits such as, ‘You Want Me’-Tom Zanetti MO ‘Dance on My Own’, Sadie Ama and Tinie Tempah penned the hits with LAYLA in the studio.LAYLA also recently featured on track called, ‘Get Out Of My Way’ by Hed Kandi’s resident DJ for Ministry of Sound ‘Jali’.
She also recently featured on CITV show, ‘Scrambled’ followed by a UK school tour of South UK and Wales promoting her music and reaching a new fanbase.
She’s received critical acclaim with reviews in FAME, Peachy, Vents, It’s All Indie, Rough Online, Music News, Buzz Music, Music Talks, Olagist Media and I Luv Live. Surge Radio, BBC Introducing Solent, Hot Radio and Wessex FM have all featured LAYLA’s music in their shows.
Not bad for a first year as a new artist!
Previous
Next
AM Studios