House of Cards by Stacey Leighann is set to be released on February 6th. The talented singer who is set to take the world by storm is having a release party for her single on Saturday 13th of February 2016. The song has been described as one of the most spine tingling tracks in recent time. Stacey Leighann’s haunting qualities and emotive tone mix in beautifully with the melodic elegance of orchestral strings and piano, creating a balance of intimacy and fireworks that leaves you captivated and in awe.

Bournemouth based independent label AM is pleased to announce the new single from their artist Stacey Leighann will be released in February 2016. The ballad titled House of Cards was recorded in Los Angeles with two well-known producers. Stacey describes the song’s lyrical content as chronicling ‘…the pain of past trauma with a positive uplifting chorus that carries the message of the importance of overcoming difficulties.’

House of Cards was produced by Jimmy Waldo pianist from New England and Alcatrazz, an American heavy metal band best known for their song ‘Island In The Sun’. Also on the production team was Grammy nominated producer Michael C Ross who was nominated for single of the year ‘Thousand Miles’ with Vanessa Carlton. He has also worked with international artists such as Christina Aguilera and The Pussycat Dolls. Ross described the single as a heart stopping track that is set to explode onto the charts. To celebrate the new single there will be a launch party on Saturday 13th of February 2016, which will include a live performance from Stacey Leighann as well as support guest acts. The event will be held at Ferndown Forest Golf Club, runs 8pm‐midnight, and is free entry.

Stacey Leighann, who has been described as one of the most exciting artists of her generation, is set to tour her new single with various live dates. The tour will give the chance for new and existing fans to hear Stacey Leighann perform her new single House of Cards and other favorite covers. 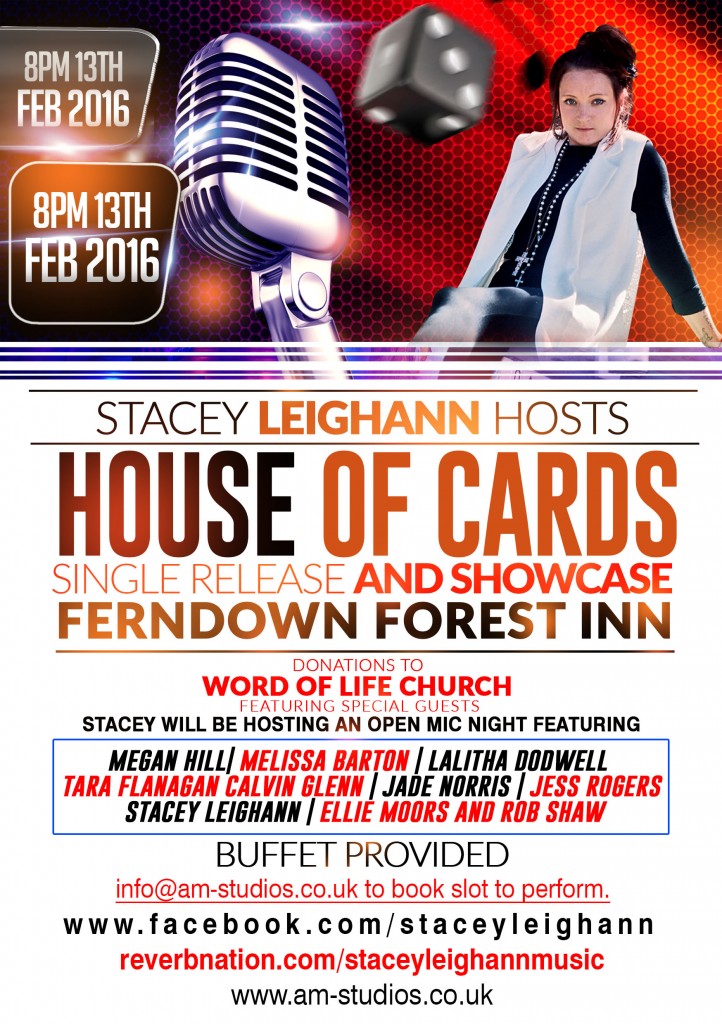